Do you know the difference between spray dried and freeze dried coffee? If not, you’re in for a surprise because there’s a big difference!

In this blog post, we will discuss the differences between these two types of coffee and help you decide which is right for you.

What Is the Difference Between Freeze Dried and Spray-Dried Coffee?

When it comes to instant coffees, there are two main types of dried beans: freeze dried and spray dried. Both methods involve removing the water from coffee to leave behind coffee extract, but the process is quite different.

Freeze drying coffee beans is a slow and expensive process, but it results in a product that retains more flavor and aroma. The fresh coffee beans are first frozen and then placed in a vacuum chamber, where the instant coffee crystals sublimate directly into vapor.

This leaves the beans dry and lightweight, without requiring the addition of any preservatives. Freeze dried coffee has a long shelf life and can be reconstituted simply by adding water.

In contrast, spray-drying is a much faster and cheaper process, but it causes the coffee to lose some of its flavor and aroma. The beans are first roasted and then sprayed with hot air, which removes the moisture content.

Spray-dried coffee must be packaged with a nitrogen atmosphere to prevent spoilage so it doesn’t have the same shelf life as freeze dried coffee. When reconstituting, it can often taste “woody” or “roasty.”

So, what’s the main difference between the two? Well, freeze dried coffee has a higher concentration of coffee solids, which means it tastes stronger.

Spray dried coffee, on the other hand, is less concentrated and thus has a milder flavor. It’s also more likely to dissolve in water, which makes it a good choice for making iced coffee.

When choosing between freeze-dried and spray-dried coffee, it is important to consider your needs and preferences:

Ultimately, the decision between freeze-dried and spray-dried coffee comes down to personal preference. Try both types and see which you prefer! We suggest brewing coffee using a Moka pot for great results.

As a general rule, freeze-dried coffee is better than spray-dried coffee. The following reasons make it the superior choice:

Freeze-dried coffee beans are treated with super-cold liquid nitrogen, which flash freezes them and protects them from damage during the dehydration process.

This results in a higher quality product, with better flavor and aroma.

Freeze-drying also retains more of the bean’s original structure, resulting in a more uniform grind and better extraction when brewing. This means you’ll get a more consistent cup of coffee, with fewer bitter flavors.

Because freeze-dried coffee retains more of the bean’s original structure, it also has a longer shelf life. Spray-dried coffee, on the other hand, is less stable and has a shorter shelf life.

It also does not contain any moisture (which can lead to mold growth) which makes it a safer product to store.

Freeze-dried coffee also rehydrates better, resulting in a smoother, less astringent cup of coffee. However, spray-drying is a cheaper method of drying coffee, so it is often used for lower quality blends.

So, if you’re looking for the best possible cup of coffee, freeze-dried is the way to go. It’s a bit more expensive, but it’s worth it for the improved flavor and aroma.

What Is Spray Dried Coffee?

Spray dried coffee is a type of coffee that has been treated with a drying process that removes all the water from the coffee beans. This process leaves behind a very concentrated form of coffee that can be reconstituted by adding water.

Spray dried coffee is often used in instant coffee mixes and is also found in some pre-made coffee beverages.

Freeze dried instant coffee powder is just one of the ways that instant coffee can be made. It is made by flash freezing coffee and then dehydrating them. This results in a very concentrated form of coffee that can be reconstituted by adding water.

Is Spray Drying Coffee the Same as Freezing Drying?

Spray drying coffee is not the same as freezing drying. Freeze drying coffee involves brewing a concentrated coffee syrup and then freezing it in a high-vacuum environment.

The drastic temperature change causes the water within the coffee to sublimate or turn directly from a solid to a gas, without going through the liquid phase. This process can take upwards of 24 hours.

Spray drying, on the other hand, disperses droplets of heated liquid coffee into a dry air stream, quickly evaporating the water and leaving behind soluble solids suspended in an exhaustible air stream. The entire process takes place in less than 10 minutes.

So what’s the verdict? Are spray dried coffees better than freeze dried ones? The answer is, it depends. There are pros and cons to both methods that we’ve outlined above.

If you want a coffee with a longer shelf life, go for a freeze-dried variety. But if you’re looking for richer flavor and aroma, spray drying is the way to go.

Ultimately, it comes down to personal preference – so why not try out both and see which one you like best? Many people love coffee and cafes and may get mesmerized seeing baristas work, pour coffee, and make latte art. As a result, many people dream of becoming a barista and working in a lively, pumping… 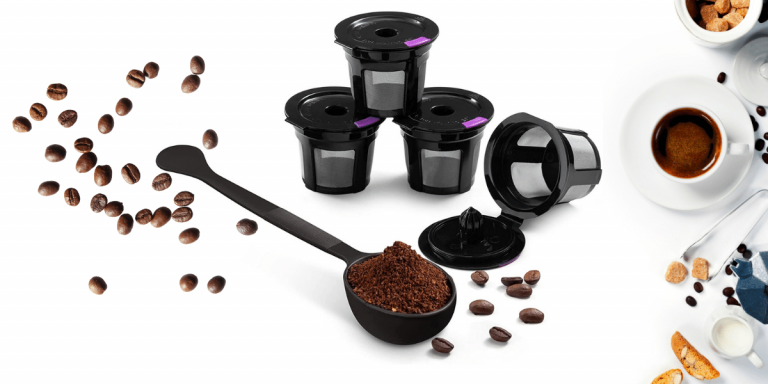 How much coffee to put in a reusable K cup depends on how much coffee you want to make and how strong you like it. For a single cup, we recommend filling it to the… Generally, when shopping for coffee, you may see them offered in two ways, whole bean or ground. Each type has pros and cons and may appeal to different drinkings. How different are they? Whole bean…

As compared to other coffee brewing methods, the AeroPress is relatively new. The method is synonymous with the device with both having been created by Aerobie founder Alan Adler in 2005. The AeroPress is a…

It should come as no surprise to the avid coffee drinker that his or her favorite drink will routinely come under attack from the health establishment after a new round of studies announce their cuppa might cause cancer or worse! Brewing your coffee at home using pods and an espresso machine can be a convenient way to make yourself a quick cup of coffee (or three) to get you through your day. The question is,…